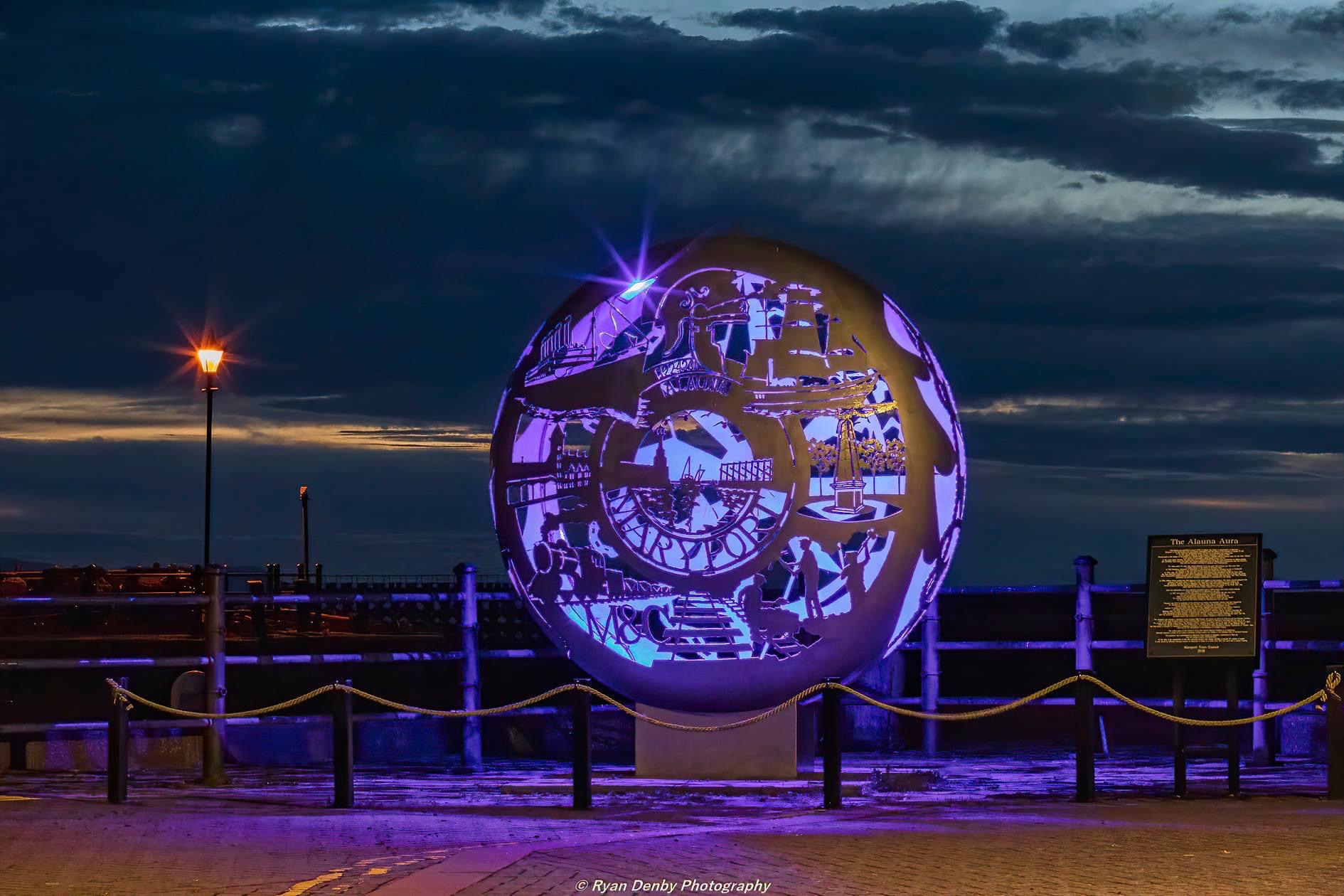 Overlooking the harbourside on the South Quay, opposite the Lake District Coast Aquarium, is the Alauna Aurora, a mild steel sculpture depicting important references to the heritage of Maryport in its design.

Standing at over 2.5 metres in height & ellipsoidal in shape, the Alauna Aurora is the largest known such design in the United Kingdom. During the day, the intricately cut design features, which include depictions reflecting Maryport’s history, from its time as a Roman Fort, through its important mining, railway & shipbuilding industries, stand out on the site looking across the Solway to the Scottish Galloway coast. During the evening, the sculpture is a myriad of colours, with its lighting display visible all around the area.