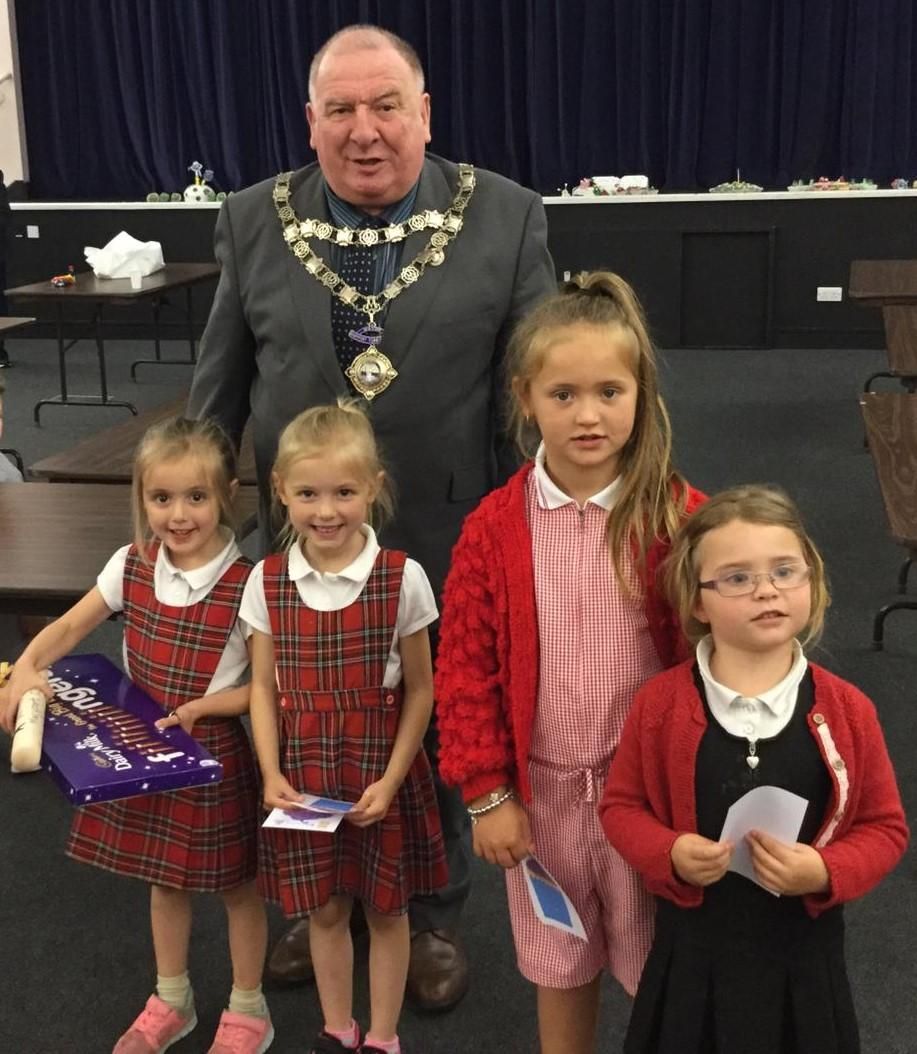 Maryport Schools Partnership has contributed to a number of events held in recent months, which have been supported by the Town Council. On 6 June, a Bake-off, based on the national television show & involving decorating cakes to the theme of ‘Space’, was held at The Wave Centre.

Schools from the area competed to design the best decorated cakes, using materials provided by the Town Council, following which the cakes were sold off to raise money towards charity. The winning school this year, chosen by Town Council Mayor Councillor Peter Kendall, was Ellenborough & Ewanrigg Infants.

Throughout the summer months, local school have been holding School Sports Days, which the Town Council supported through the provision of refreshments for the children. Whilst he didn’t manage to attend all of them, the Mayor helped with prize giving for the Sports Days held at Ewanrigg Junior & Grasslot Infant Schools, & on those days, the schools were blessed with fine weather to make for some exciting challenges.

Congratulations are due to Flimby Primary & Maryport C of E Junior School in recognition of their achievements in the Northern Finals of the Schools’ Rock Challenge, where they finished second & first respectively. A tremendous amount of effort goes into the planning & production of these shows, & the community is indebted to the efforts of Flimby’s Miss Grimmer & Mr Langley, & Maryport’s Mrs Dover & Miss Hill for their inspirational contributions. Of course, without two groups of very talented children, none of it would have been possible & in recognition of their efforts, the Town Council presented each of the children with an outstanding achievement medal. Flimby & Maryport should feel very privileged to host two such talented groups!