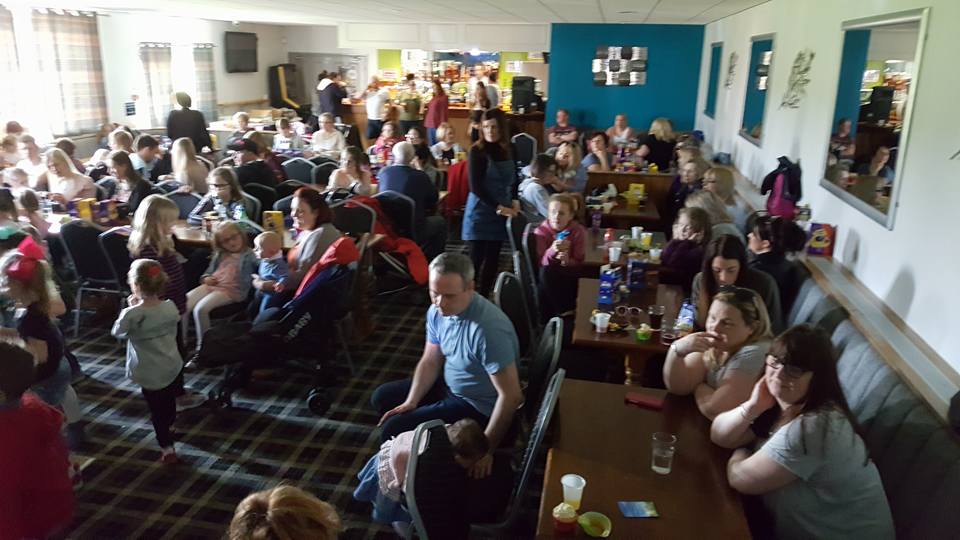 In conjunction with the Maryport Joint Schools’ Partnership, the Town Council organised a fun day for children during the Easter holidays. On a sunny Saturday 8 April which brought out the crowds, around one hundred children joined in the fun, which involved identifying where Easter Egg pieces had been hidden on a treasure trail around well-known Maryport landmarks.

The trail led the children to Maryport ARLFC, where successful participants were rewarded with an Easter Egg & other goodies, & an afternoon of children’s entertainment completed a great day in a packed venue! 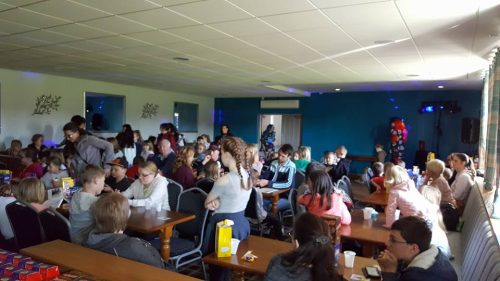 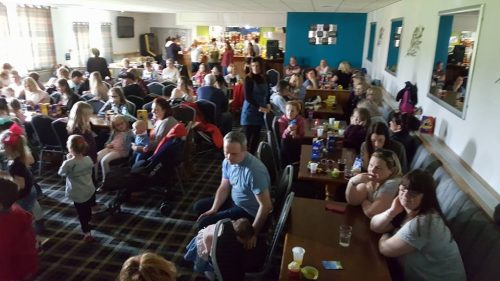 The Council has decided to support the installation of memorial signs at appropriate sites in the town in commemoration of notable historical people or events. Members of the public are invited to suggest names and places of interest they would like to be featured in the boards.

On 7 April, the Hadrian’s Cavalry Exhibition was officially opened at the Senhouse Roman Museum. Congratulations are due to the children of Maryport Junior School who developed & constructed a full-sized model of a horse using willow & tissue paper. The children named the horse ‘Willow’ & were presented with an Arts Council Award. The exhibition will be open for several months & is well worth a visit; Willow will remain on display throughout the period.

With cutbacks in government funding for larger councils in the area, many clubs, organisations & events based & operational in Maryport & Flimby would struggle to operate without financial assistance from Maryport Town Council. Support is being provided to the following in 2017/18:

The Council has recently reviewed the financial basis of the provision of allotment sites, which are currently operated at a cost to the Council Tax payer. Noting its Strategic Aim to support an Active Maryport through provision of allotments, it considered whether it is reasonable to expect that all Maryport council tax payers should subsidise the provision of allotments. The Council has three allotment sites at Church Street & Sandy Lonning, Maryport, & at Flimby, which have plots of varying sizes developed in that way over a period of time, with different maintenance requirements for the different sites & rents that are set on a standard basis irrespective of site or plot size. In its deliberations, it considered the level of rent charged, recent practice in changes in rents & practice in charges for allotments operated by other local councils in the district.

It is the Council’s view that it is unreasonable to expect all council tax payers in Maryport to subsidise the provision of allotment plots for around 200 people. The Council decided that it should operate a policy where the annual running costs of its allotment sites were met by those wishing to use them.

The Council currently operates a practice whereby those tenants who are of state pension age or are unemployed receive a 50% concession in the level of rent charged. Taking into account the costs of providing seeds, plants, growing materials & other costs involved in running an allotment plot, it is also the Council’s view that it is unreasonable to expect non-concessionary tenants to subsidise the provision of allotment plots for others.
The Council has decided that the offer of a concession for a plot will be removed with effect from 1 April 2018; that rents will continue to be based on a ‘per plot’ rate, irrespective of the size of plot & the site it is on; & that it will phase in increases in rentals over a period of five years, such that after five years the cost of maintaining allotment plots is met in full by the rents collected & not subsidised by the council tax payer.

The Town Council has not increased Council Tax in 2017/18. The majority of properties in Maryport fall into the Band A class for council tax purposes & the council tax for such properties in the current year will remain at less than £1 per week.