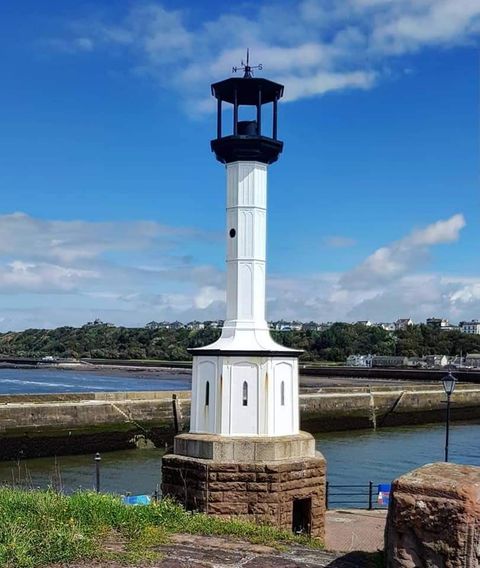 Maryport Lighthouse is the oldest cast-iron lighthouse in the United Kingdom & a Grade II Listed Building.

First recorded in 1796, the Scottish Civil Engineer & famed designer & builder of lighthouses, Robert Stevenson, described its design five years later as an oil lamp with two reflectors.
The lighthouse is some 36 feet, (11 metres), high, & consists of an octagonal metal plinth, column & lantern on top of a rusticated stone base. The renowned artist L S Lowry used the lighthouse in several of his paintings.

The lighthouse was restored & repainted in 2017 as a part of a scheme to refurbish seaside towns & although it no longer serves as a navigation light, the lighthouse stands proudly adjacent to the Marina.