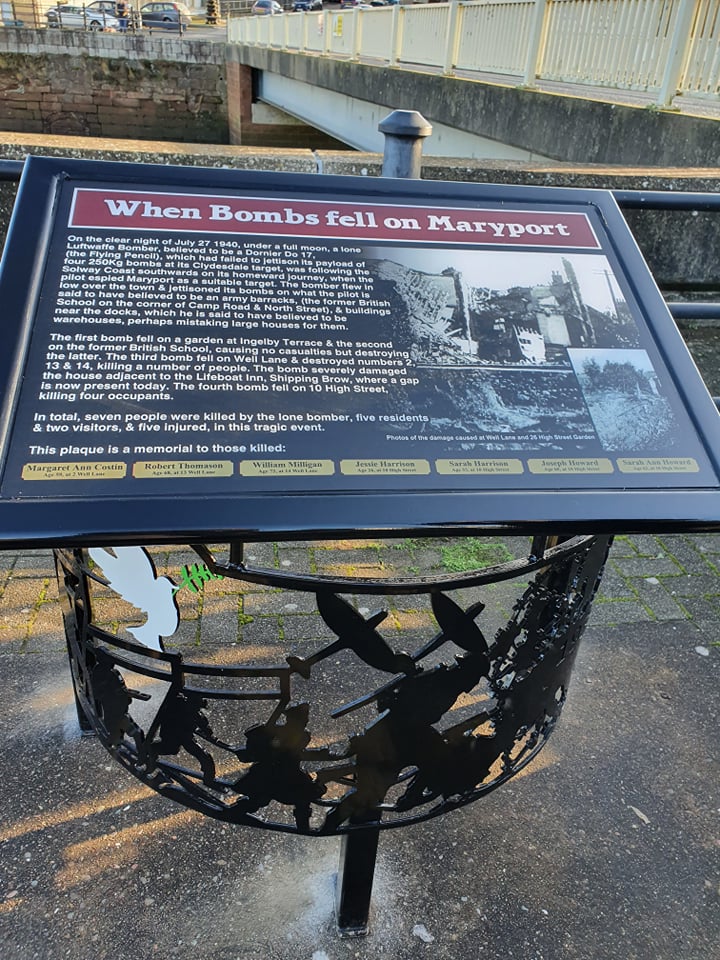 On Wednesday 19th January, the Mayor, Peter Kendall unveiled a new memorial on Maryport harbourside. The memorial is dedicated to the seven people who were killed in 1940 when a German aircraft, having got lost in Scotland & missed its Glasgow docks target, jettisoned its bombs over Maryport, the pilot believing the buildings selected as targets to be suitable alternatives at a time when the area had an abundance of railway lines around the docks.

The unveiling event was well attended & attracted media interest; it is hoped that it enhances other signage & memorials in the area which the Town Council has installed in recent years. The Council is very grateful to former resident Phillip Scales & John Roonan, former Midland Bank Manager in Maryport, for highlighting & providing information on this disastrous episode, together with Ronnie Bell, who provided copies of pictures taken showing some of the impact of the bombing. 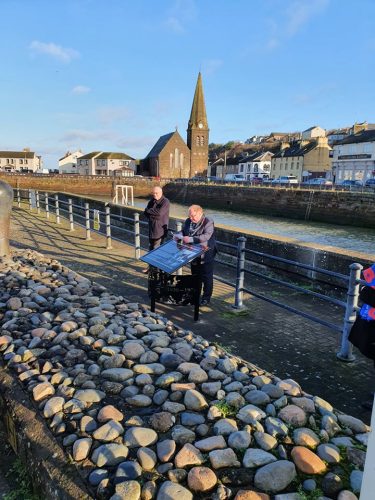 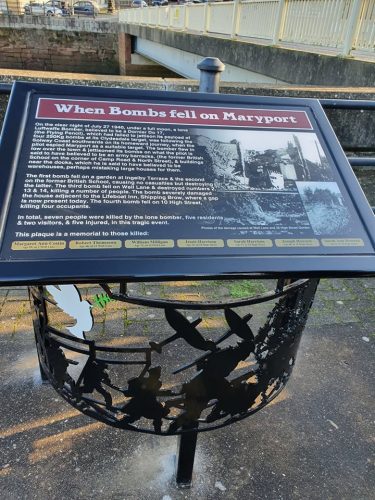