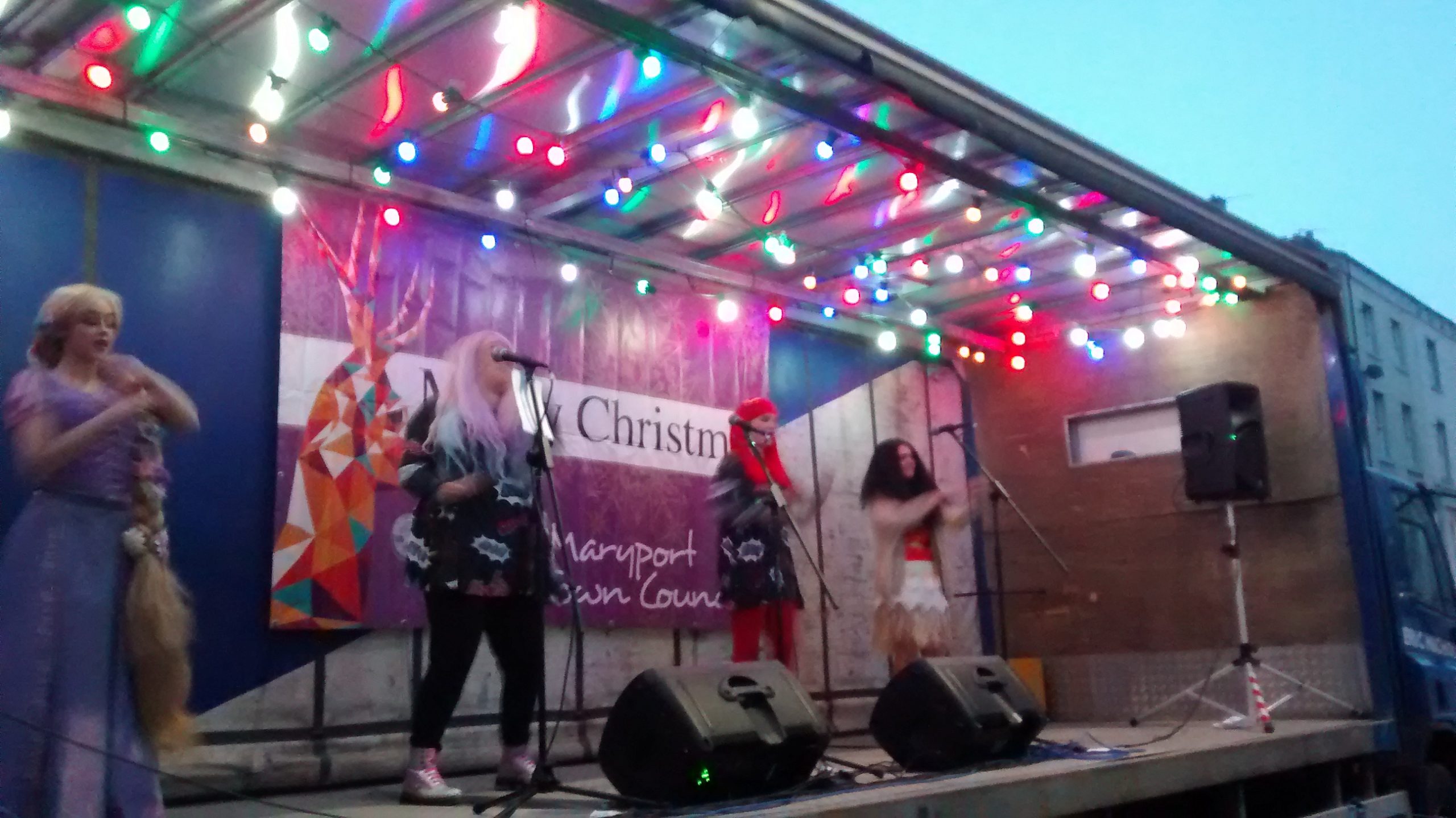 Maryport Christmas lights were switched-on on Saturday 18 November, & featured a change of venue for Flimby’s Christmas tree, which was relocated to a site adjacent to the A596 in the grounds of the Village Store. The Council’s four Christmas trees, (one at Flimby, two at Netherhall Corner, & one with a site kindly provided by Aquarium), are supplied each year by Iggesund. The switch-on was preceded by an afternoon of fun & entertainment for all the family on Senhouse Street, organised by the Town Council.

The Labour Club, which kindly made its facilities available to the Council, hosted Santa’s grotto, together with stalls raising funds for local groups & organisations. Santa had a very busy afternoon meeting over two hundred children in his grotto in the Labour Club, where they received a goody bag of presents & were able to tell Santa what they wanted for Christmas; there were some interesting tales told! The Town Council provided plenty of activities for kids to take part in, including face painting, glitter tattoos, & Christmas decoration assembly in the Town Hall, all free of charge, together with fairground rides on the upper part of Senhouse Street. Hot drinks were available, courtesy of Town Council, followed later in the day by mulled wine & mince pies, supplied by the Golden Lion, which proved very popular!

Disney princesses were on hand to join in the fun, which included performances from Ellenborough & Ewanrigg Infants School Choir, the Young Maryport Amateurs, Ewanrigg Community Choir, Flimby Saxhorn Silver Band, Netherhall Angels & Imagination Parties. Justin the Jester turned up to perform throughout the day, juggling skittles, blowing giant bubbles, modelling balloons & as darkness fell, a fire display not for the light hearted! Sue Harman, MP for the area, hosted the switch-on of the lights assisted by local school children who had won a competition organised through Maryport Schools Partnership. The event was enjoyed by most & local businesses welcomed the extra trade; a great success all around! 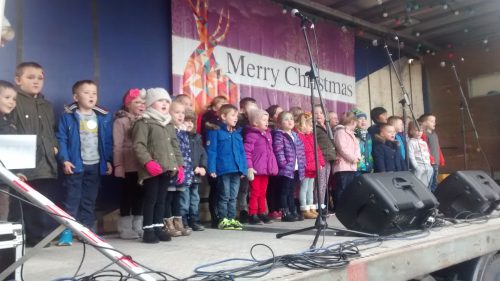 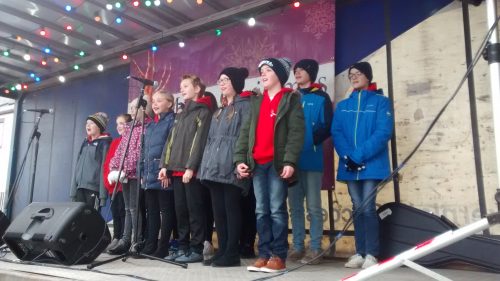 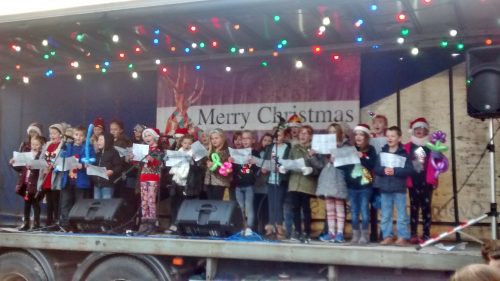 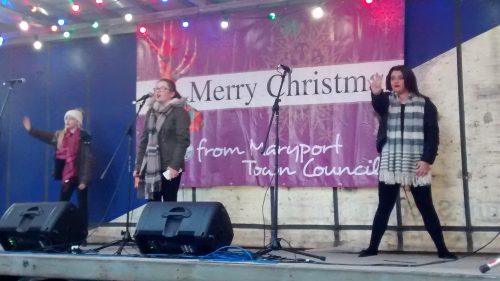 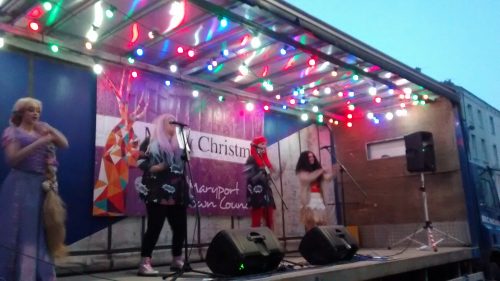